The Impact of IoT on Mobile App Development

IoT has seen a significant rush in the technological era today. And when powered by the capabilities of mobility, the technology seems to create new milestones in innovation, business performance, and user-experience. Developers have started to build apps that can ease out needs of users and provide them instant access to the desired features.

Today, more than two-thirds of the global population uses mobile phones, with people spending an average 3 hours and 15 minutes daily on phones. No wonder, mobile apps have grown quite powerful and popular over the last few years and with time have started to influence the growth of the Internet of Things (IoT).

You can find that a good IoT development company embeds IoT technology in almost everything. Some examples include sensor-enabled buildings, bridges or pavement, smart vehicles, appliances, and devices. Wearables like the Apple Watch, Google Glass, or Fitbit are some other popular examples.

IoT developers are encouraging a new scale of innovation that can make any mobile device or gadget with end user at any location, to work as an integral part of the IoT ecosystem. This is an emerging wave that has begun to impact the way end user lives and works.

Talking about the perfect example of IoT and mobile app integration, we have a Wi-Fi enabled thermostat for homes or offices. The mobile app developed acts as the gateway or remote that controls the device while the thermostat is the IoT endpoint.

It’s not a vague statement on how IoT has impacted the mobile industry. 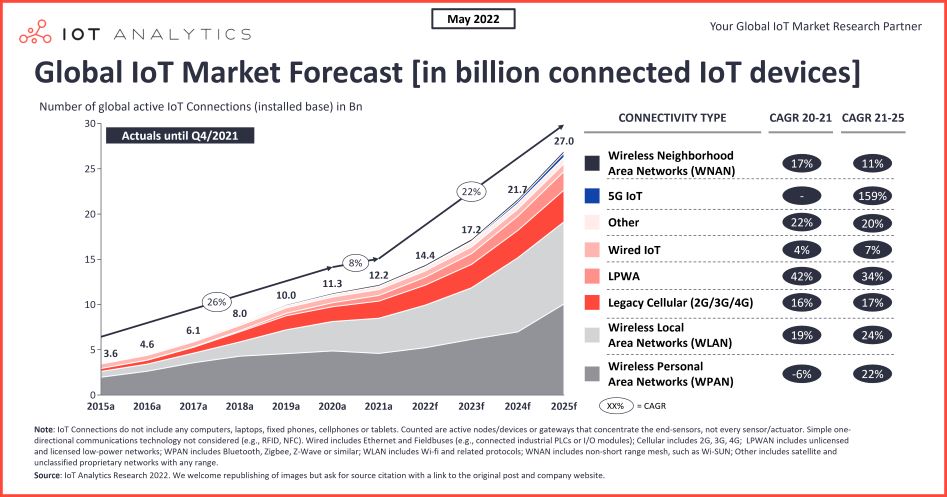 The power of IoT is such that it embeds multiple devices and apps and functions as one system managing all. For instance, mobile devices with IoT functionality lets you switch on the light or track cab or check security camera.

Hence, IoT has eventually made easier for both developers and end users. While users can manage all from one single device enabled with IoT, this has also reduced the amount of effort being put by developers in building an app. The same amount of time being used earlier to make one app is now used to build multiple apps without any hassle.

Integrating power of the internet with the devices, IoT technology has been able to manage a lot of tasks for users.

The Shift in Focus

To stay above the threshold of competition and provide users with updated technology, it’s important to consider the factors that fulfil expectations of users. The call of the market and the end user is kept on priority and app are being developed keeping IoT factors in mind to ease the lifestyle of users.

IoT has welcomed several opportunities and possibilities with its arrival. It has focused on providing a centralized platform to end users to manage multiple devices. This has improved cost-effectiveness and ease of management for the end users as well as the app developers.

For example: instance a good and experienced mobile app development companies leverages Beacon technology (a technology embedded with IoT that is tied to a respective location. When a device that’s equipped with a specific app enters a predefined region, the beacon emits a signal. This signal emits information in the form of a notification or alert on a mobile device) which facilitates centralized management of appliances.

To give a clearer picture, when a user enters his house, beacon technology in mobile apps emits signal and prompts notifications or alerts to perform tasks like switching on lights, checking security camera etc.

Who wouldn’t want to give new ideas a try these days? Almost everyone is looking for a solution that revolutionizes the way we interact today. Demands are getting technology driven and this has paved the way for smarter solutions. Mobile app development companies have started to use the current technical user platform (UI/UX) with advanced codes to come up with hybrid apps.

IoT allows an unprecedented amount of entry points that can be a threat to the security of the apps. It becomes easier for cybercriminals to exploit the data and make use of them in unethical ways. App developers need to be focused on enhancing their knowledge of cybersecurity to eradicate any possibility of cybercrime.

It’s important to focus on building an IoT entrenched mobile app that is safe, secure and user’s privacy is not hampered at any stage. Despite its weak security point, enterprises still look forward to exploring IoT in their respective fields and areas.

Businesses have started to run IoT enabled devices ensuring to put an extra layer of security. Since, no enterprise wants to face the threat of cyberattacks, security has always been the key discussion point in the development of applications.

Still, IoT can be helpful in improving the defense barriers by enforcing physical devices to become the first point of entry thus saving the core and alarming professionals about the threat.

Having all the points considered, it’s much apparent that IoT is one of the biggest digital revolutions in the technology industry! It was introduced when the users were looking for some advanced technology that understands their needs and increases their convenience. There is no doubt that the IoT in mobile apps has seen a rise in the market in all sectors.